September 15 to October 15 is Hispanic Heritage month in the United States. Hispanic Americans have had a big influence on all aspects of American culture―everything from food to music to sports. This influence has become something marketers must embrace as the multicultural majority shift is happening faster than anticipated (based on a non-Hispanic white population decline eight years ahead of original Census projection).

With a population of 62 million, Hispanic Americans make up almost 19% of the U.S. population—contributing to more than half of the population growth over the past 10 years—and skyrocketing in buying power. According to a Nielsen 2021 Hispanics Diverse Insights report, “Latino buying power is expected to be $2.6 trillion in just about 3 years.”

Marketing to Hispanic Consumers Requires an Appreciation for Cultural Impact

Let’s break it down and consider the Hispanic influence on:

There’s a reason Mexican cuisine is so popular―61.5% of U.S. Hispanics’ country of origin is Mexico, which has influenced American eating habits. The Snack Food Association states that Americans consume about 8.2 million pounds of tortilla chips on Super Bowl Sunday alone. It’s hard to picture Super Bowl Sunday without a massive plate of nachos, but Mexican food is present in American culture in other ways, too. A quick glance at social media reveals that Mexican foods are revered here in the U.S., with people using hashtags like #MargaritaMonday, #TacoTuesday, #TequilaTuesday, or #FajitaFriday. Plus, we celebrate National Taco Day in the U.S every year. This year, it falls on Tuesday, October 4. Lucky for us, this delicious influence is here to stay.

Did you know that Hispanics over-index on music-based entertainment awards shows? Latin music has grown in popularity in the United States over the past several years, and in 1998, the American Music Awards instituted a category for Latin recording artists.

Popular artists like Enrique Iglesias, Becky G, Gloria Estefan, and Jennifer Lopez have hit the top of the charts, and their names have become well-known in mainstream American society. As a result, it is becoming more and more likely to hear a Spanish/Spanglish song on pop radio today. In 2020 and 2021, for the first time ever, a Latin American was the year’s most-streamed artist on Spotify: Puerto Rico’s Bad Bunny.

As the U.S. Hispanic influence grows, so does the popularity of soccer (or should we say fútbol?). Hispanic fans have a love for soccer that has been part of their story for generations, and it is now the next breakthrough in mainstream American sports. Among U.S. Latinos ages 16 and older, almost three-quarters (73%) say they are soccer fans. More than half (53%) of Latinos ages 16 and older, and nearly 1 out of 3 non-Latinos (29%), say they plan to watch the FIFA World Cup 2022.

Approximately one third of Major League Baseball players are Latino. And the National Baseball Hall of Fame has made the ¡Viva Baseball! exhibition permanent to celebrate Hispanic influence on U.S. sports culture.

The NBA Hispanic fan base is growing. Latinos also over-index on boxing, pro wrestling, UFC, and even the New York City Marathon.

Marketing to Hispanic consumers requires data and an understanding of culture, and language. Marketers must consider relevant and meaningful insights that translate into engaging omnichannel campaign messages that speak to the broad mix of individuals who fall under the Hispanic umbrella. In my recent blog, I explained why translation alone is not enough to engage the Hispanic American consumer. My best advice is to stop translating and retrofitting general market language and instead unlock culture to authentically and fully engage with the Hispanic audience.

As Hispanic heritage influence continues to grow in American culture, it is vital for brands to immerse themselves into the world of the people they want to reach with omnichannel campaigns. This often means partnering with in-culture marketing experts to guide you from the planning stages through campaign execution and results analysis. If you need help reaching the powerful Hispanic American market, contact us. We’re here to help. 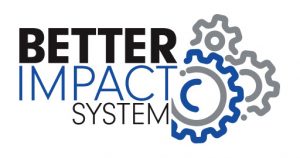 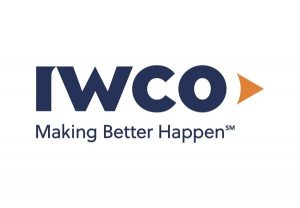 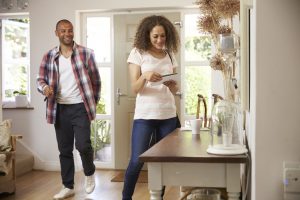